Shrimp refers to an invertebrate marine animal with an elongated body which is often used as a food product.

It is regarded as nutritious since it contains proteins, selenium, antioxidants, phosphorus, magnesium, copper, iron and vitamin B12. Some of the health benefits associated with shrimp consumption include weight loss, fighting aging, improving bone health, decreasing menstrual pain and preventing cardiovascular diseases.

In India, fisheries represent a significant economic activity and offer vast growth opportunities. This is due to the country’s varied resources and potentials.

Easy availability of shrimp and their high nutritional content represent the major growth-inducing factors. They form an important part of various cuisines being one of the most traded seafood species. With the rise in demand for disease-free and healthy shrimps, India has become one of the largest shrimp exporters to the US and the European Union.

India is the world’s third largest shrimp producer and the industry brings in an estimated $5 billion of foreign exchange earnings every year. The country exports 90 percent of its shrimp, with the United States, European Union, China and Japan receiving most of the shipments. Economists estimate that the sector employs 1.2 million people across the value chain – from farming, processing, retailing and exporting. 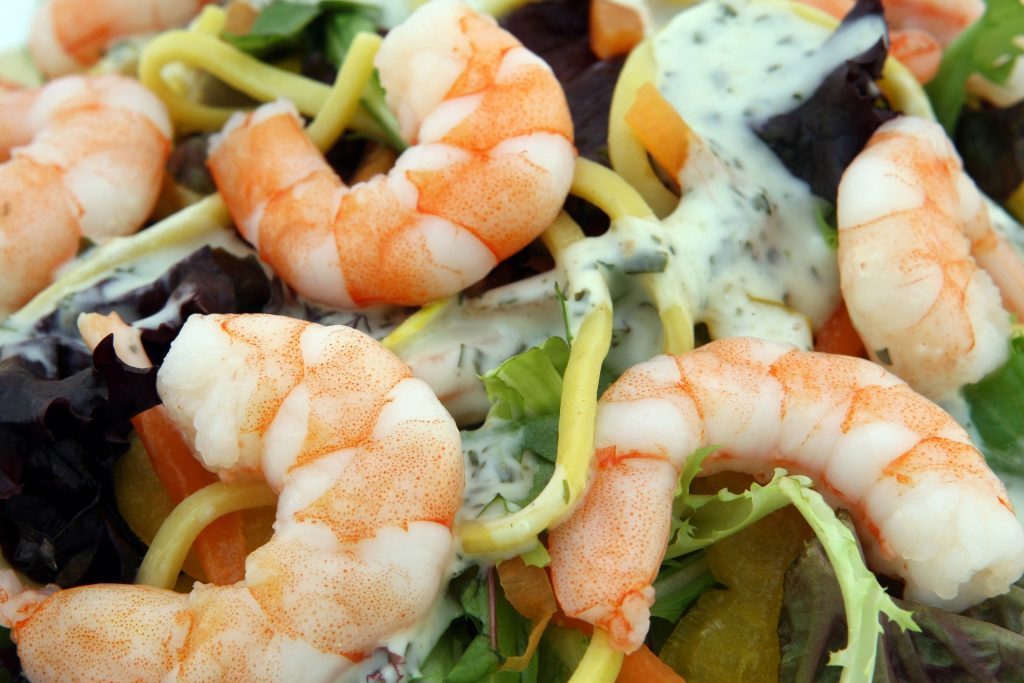 Modern shrimp farming commenced in India in the late 1980s, driven by a growing global appetite for shrimp, government policies to promote seafood exports and several corporate entities providing capital to build hatcheries, farms and processing plants. It was based predominantly on the black tiger shrimp (Penaeus monodon) and to a lesser degree the Indian white shrimp (Fenneropenaeus indicus).

India’s shrimp farming growth after the introduction of SPF L. vannamei. Farmers switched to SPF L. vannamei swiftly and today more than 90 percent of Indian shrimp production is for this species. India saw significant gains in production from 2013 to 2016. Investments were made in new hatcheries, feed mills and processing plants to support the expansion of farming areas.

The growth of the sector was severely impacted a few years later when the White Spot Syndrome Virus (WSSV) arrived on India’s shores and the Supreme Court of India, heeding the pleas of environmental activists, restricted shrimp farming in coastal waters. It took an act of the Indian Parliament to restart shrimp aquaculture and the phase of growth that followed was marked by the development of independent hatcheries and farms of less than five hectares owned or leased by numerous small farmers.

The southeastern coastal state of Andhra Pradesh has been the anchor of aquaculture in India. Its land and water resources and entrepreneurial farmers have made it No. 1 in farmed freshwater fish and marine shrimp production over the last three decades. While black tiger shrimp have been produced in low-salinity waters in some of the districts of Andhra Pradesh, vast expansion of shrimp production occurred in these districts in the last decade by way of constructing new ponds or using ponds previously used for fish farming. Shrimp farming also expanded in other states, notably in the states of Odisha and West Bengal that are north of Andhra Pradesh on the east coast, and in the northwestern state of Gujarat.

For India’s shrimp farmers, the beginning of its summer farming season is between March and July. This period usually yields 60 percent of India’s annual shrimp production, with the winter crop between August and December making up the remainder.

India is presently the largest global producer of farmed shrimps. The low cost of labor and large scale of production leading to the scale of economy helps India to remain as a competitive supplier of value-added shrimp to the world.

Some say that the future of India’s shrimp market completely depends on Shrimp exports and hence this industry completely depends on the demand for shrimps in foreign countries especially in US which is not exactly true. One of the key trends witnessed in the Indian market is the expansion of the food industry owing to the rising demand for ready-to-eat food products. This is supported by forces such as rapid urbanization, changing lifestyles, hectic work schedules and increasing working women population. As a result, the shrimp market in India is witnessing a healthy growth. In addition to this, rising demand for shrimp worldwide has positively influenced shrimp imports from India. Moreover, increasing health consciousness amongst consumers, escalating disposable incomes and improving standards of living remain some of the other major factors which are further augmenting the demand for shrimps.

India’s domestic market for shrimp consumption remains small at less than 50,000 MT per year; stimulation of this market could lead to a significant increase in consumption. The rising urban middle class, the large population of young people, the convenience of cooking shrimp and the perceived health benefits of seafood are being leveraged to create a high value domestic market for shrimp in India.

In India, just like all over the world, Shrimp diseases continue to be the primary challenge for productions of shrimps and to keep it profitable. The occurrence of new diseases such as White Feces Disease and Running Mortality Syndrome, presence of the microsporidian parasite Enterocytozoon hepatopenaei (EHP), which can be the reason for slow growth and size variation of shrimp are some of the major challenges.

Nearly half of India’s shrimp goes to the United States and about one-quarter went to China in 2019. To reduce the overdependence on these two markets, India needs to increase its market share in other markets, particularly the European Union and Japan

Through extensive campaigning and stringent monitoring, the presence of antibiotic residues has been reduced significantly in India’s shrimp supply, boosting its appeal to global markets.

Shrimp production cycles are inflexible and time-dependent. A sudden dearth of skilled labour meant that hatcheries struggled to fulfil their contracts.

A sudden stop of exporting due to any reason could severely impact hatchery business. As hatchery owners couldn’t be sure there would be future buyers for shrimp larvae, holding on to unsold post-larval shrimp meant taking a steep loss. Therefore, shrimp hatcheries will be forced to discard their available seed stock.

Also read: Different ways to invest in us stock market from India

Also read: How to invest in US stocks from India

My name is Ashlin Joby Thekkan. Living in Kerala in India (also known as God’s own country). Over the last 10 years, I have read and researched a lot on topics like personal finance management, equity investing etc. Now I can proudly say that all my efforts have helped me to gain knowledge and expertise in the field of equity investment and personal finance management.

I realized that the level of financial literacy among people, even among those who are well educated is very low. The moment I realized my passion for teaching personal finance management and investing, I started looking for platforms through which I can reach out to the public and teach them on related topics. I found that blogging is the right platform for me to reach out to a large audience and that helped me to become the founder of Finance Infopedia.